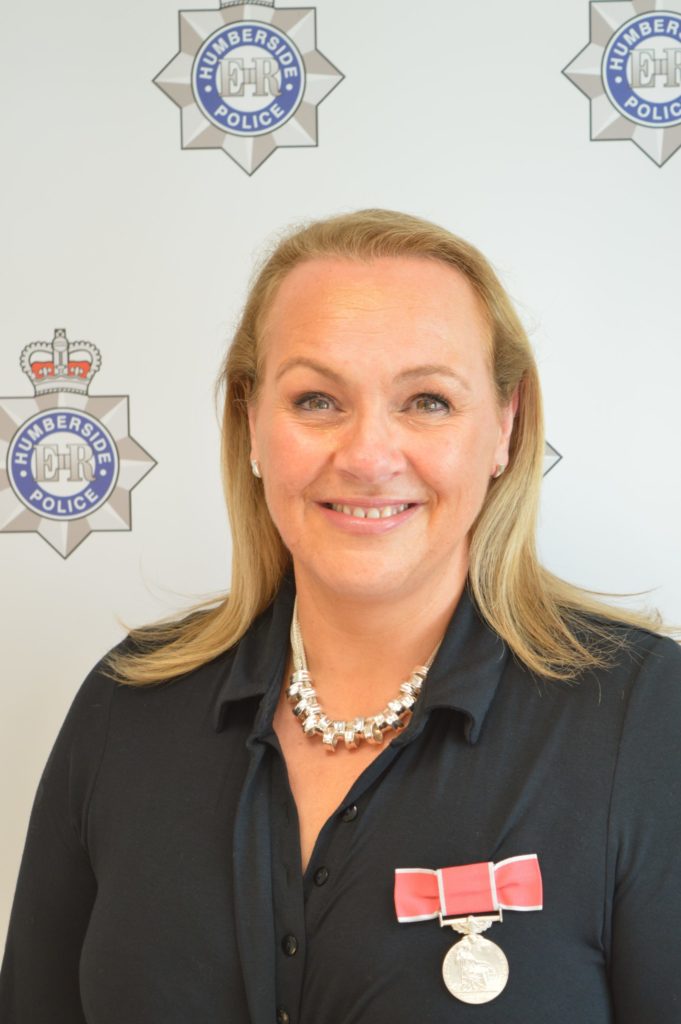 Nancie has worked in both Humberside and Lincolnshire Police in a variety of posts:

She is coach and mentor, and is passionate about people achieving their potential. She completed the Strategic Command Course in 2006, returned as an Executive Coach to the course in 2007 and as a Syndicate Director in 2018.  She has been second to both the Police Standards Unit (Forensics) and Her Majesty’s Inspectorate of Constabulary during the debate whether to merge police forces.

She has both a BA in Criminology, which she completed whilst on a basketball scholarship to the USA, and a MA in Criminology.  She was awarded the British Empire Medal in the 2018 New Years Honours List.  She is a dairy farmer’s daughter and swore she would always work with a pen after spending years at the wrong end of a cow!