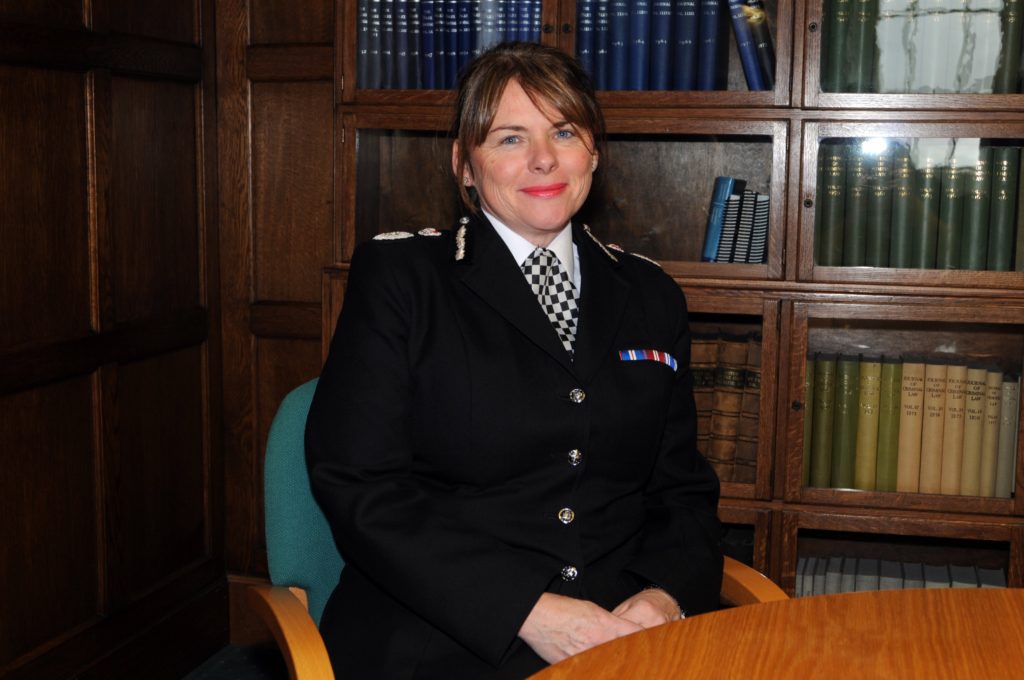 Michelle Skeer is the Chief Constable in Cumbria.

Michelle joined Cumbria Constabulary in February 1990. The majority of her career has been within Crime Command where she served in every rank. As a Senior Investigating Officer Michelle led several major investigations in serious and organised crime and enquiries which centred on protecting vulnerable members of the public.

Michelle served as Director of Professional Standards for the Constabulary leading the force in matters of anti-corruption, public complaints and information security.

During the floods which devastated parts of Cumbria in 2009 and 2015 Michelle performed the Gold Commander role leading the responses that stimulated rapid economic recovery.

Throughout her career Michelle has championed issues of diversity and in July 2019 became the President of the British Association of Women in Policing (BAWP).

Michelle is the National Police Chiefs’ Council (NPCC) lead for the management of sexual offenders and violent offenders (MOSOVO), a role that she is passionate about. This role involves strategic, multi-agency partnership working with, among others, Her Majesty’s Prison and Probation Service, the National Crime Agency and the Home Office.

Michelle is also Vice Chair of the NPCC Finance Group.

She is married to a retired police officer, has three children and lives in Cumbria.