Working night shifts for more than 30 years could dramatically increase women’s risk of developing breast cancer, a new study has concluded. Nurses, cleaners, care workers, some shop workers, call centre workers and others who work night shifts for long periods can have double the risk of developing the disease than those who don’t, the new study indicates. Canadian researchers examined 1,134 women with breast cancer and 1,179 women without the disease, but of the same age. Women were questioned about their work and shift patterns and researchers also assessed the hospital records for the women who suffered from the disease. The study, published in Occupational and Environmental Medicine, found that those who had worked nights for 30 or more years were twice as likely to have developed the disease, after taking account of other potential risk factors, although the numbers in this group were comparatively small. The association was not found for those doing night shifts for less than 30 years. ‘An association between more than 30 years of night shiftwork in diverse occupations and breast cancer is supported here, consistent with other studies among nurses,’ the authors said. ‘As shiftwork is necessary for many occupations, understanding of which specific shift patterns increase breast cancer risk, and how night shiftwork influences the pathway to breast cancer is needed for the development of healthy workplace policy.’ 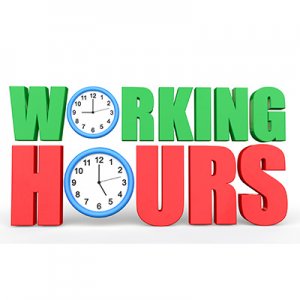 Shiftworkers are at increased risk of heart attacks and strokes, according to a new study. The authors, whose findings are published online in the British Medical Journal, say their research is the largest analysis of shiftwork and vascular risk to date and ‘has implications for public policy and occupational medicine.’ For more details see “Shiftwork linked to heart disease risk” attached.

You may have seen reports that the Danish government is paying compensation to some women who have contracted breast cancer, possibly as a result of sustained night working. The original research which led to this was published in 2007, so for the full picture, please see “IARC Monograph-Cancer Hazardsclick” attached.

A study has concluded that working long hours – regardless of job stress or satisfaction – increases the risk of depression. Researchers at the Finnish Institute of Occupational Health and University College London followed nearly 2,000 middle-aged British civil servants for almost six years. The researchers examined the civil servants’ working hours, whether or not they were depressed or had risk factors for depression to begin with, and whether they had any major depressive episodes over time. In workers with no psychological illness, the rate of a major depressive episode was 2.43 times higher for those who worked more than 11 hours per day compared with employees who worked 7 to 8 hours a day. This association held true even after researchers accounted for other depression risk factors, including socio-demographic factors, smoking, alcohol use, having chronic physical disease, job strain and work-related social support. ‘Although occasionally working overtime may have benefits for the individual and society, it is important to recognise that working excessive hours is also associated with an increased risk of major depression,’ said study author Marianna Virtanen, an epidemiologist at the Finnish Institute of Occupational Health. TUC working hours expert Paul Sellers, writing in the union body’s Touchstone blog, said the research forms part of a large scale study that has been running for more than 20 years, ‘making it one of the most reliable sources for studying working time and health.’ He added ‘earlier research from the same source found a worrying 60 per cent increase in the risk of contracting heart disease amongst those working overtime.’ He criticised both the government and the business lobby group CBI for their continued opposition to a strengthening the Working Time Directive. He said: ‘There is obviously a serious risk here and yet the state and business leaders oppose taking action to protect people – simply scandalous!’

There is ‘appreciable’ evidence of a link between breast cancer and shiftwork, a report published by the HSE has found.