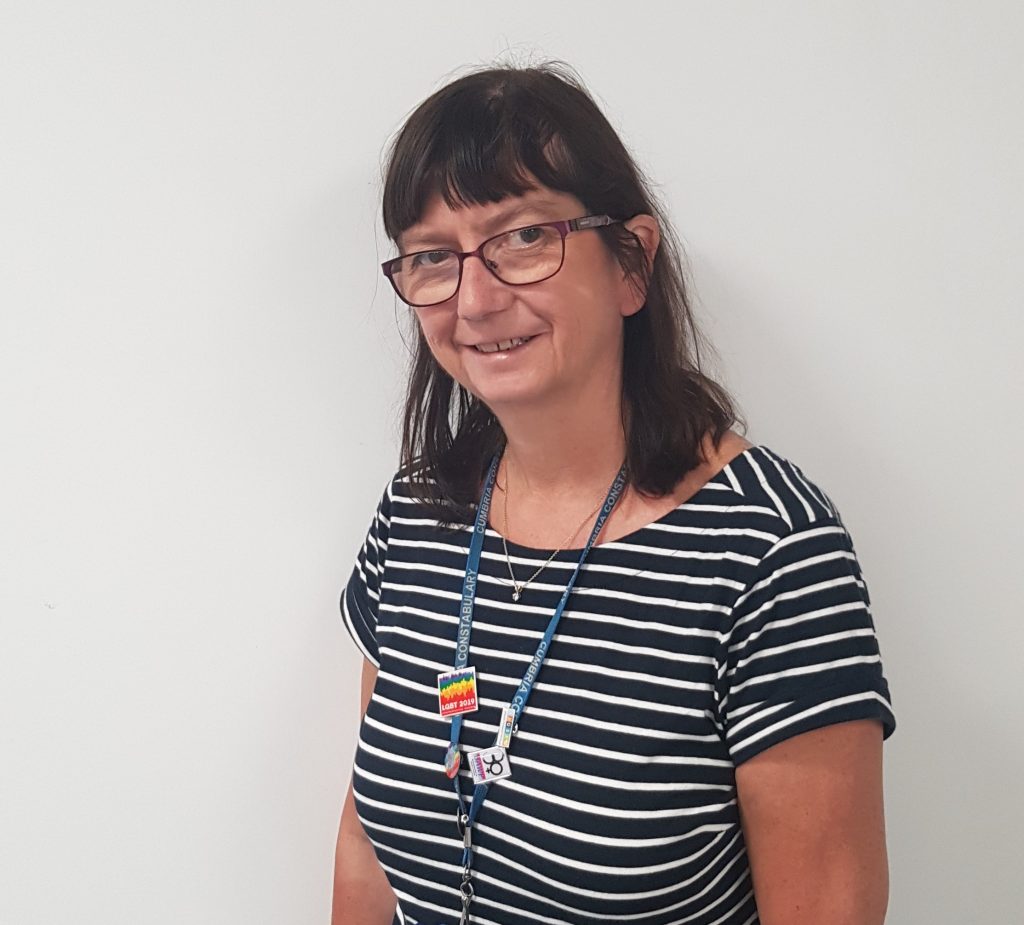 Sarah Dimmock is the Diversity Manger for Cumbria Police. In 2006 she joined Cumbria as a Police Staff Employee. Sarah’s role encompasses both internal and external Equality and Diversity and she contributes for Cumbria nationally on all relevant issues. She had the privilege of leading on the North West Women in Policing Event in 2015 for DCC Michelle Skeer, working with all the North West forces to stage a conference to celebrate 100 years of Women in Policing at Sedgley Park Manchester. Sarah now continues to help, support and advice on CPD/regional events being held in the North of the Country. This ensures that the Northern Forces keep in touch and work together.

Sarah has been an executive committee member since 2008. She is married to Alan and has 7 grandchildren. She enjoys travel and learning about difference.