As a passionate supporter of the British Association for Women in Policing and the work the association does to support others, Sally Ramage is a proud BAWP champion.

Sally grew up as the eldest child of a large, male dominated family. She thrived on new and difficult challenges which helped her in achieving great academic success despite not being supported by her family to study. This determination to achieve and thrive supported her through the birth of six children and dealing with a crippling hip condition. Sally says ‘when you are in pain and not being able to move what do you do? Read law’ and that is what she did with her goal to take a complex subject to the general reader.

Sally is a prolific writer, editor and critic having written over 320 criminal law articles and countless books. She appreciates the struggles women have, the sacrifices they have to make and the juggling acts they have to do to achieve success. 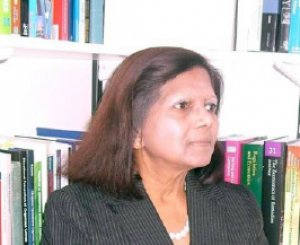